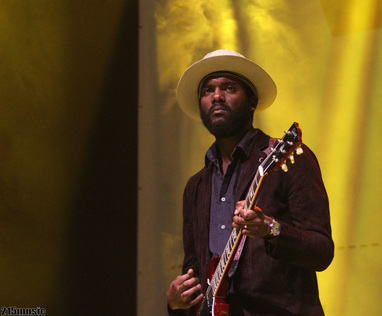 You're Gonna Know His Name
​
Storms move in fast this time of year. Yesterday it was a sunny, sweltering 97 degree July afternoon when I left my Point Breeze residence to grab a quick coffee off Montrose Street in the Italian Market. On the radio, the daytime Wiggins Park Waterfront Stage portion of the WXPN Xponential Festival was being broadcast, the Record Company’s set was rocking the airwaves. They sounded great live. I couldn’t help but think of how happy I was for everybody that had made it out early. There was a spot out front of my coffee shop (a rarity) and my favorite girl was behind-the-counter. Everything was perfect at the start of my day. Heading towards the venue in Camden, the few clouds that had formed in the sky and an announcement stating that the PA was causing problems for some of the daytime acts could not sway my exhilarated mood. By the time I made it to the Ben Franklin Bridge the Preservation Hall Jazz Band was taking the stage on the radio and by the time I crossed it the rain started to fall.

My ‘hectic week music break’ was all but shot. I contemplated leaving Camden, being let-down by Mother Nature. True, the artist I wanted to see the most at this Festival was going to be playing during the nighttime portion at the BB&T but it was a bit of a bummer that I wasn’t going to see any acts on the Jersey side of the Delaware River this year. With the streets being flooded, the prices of the faraway lots mysteriously began to rise in price once they found out cars could not get to the lots by the river. This did not help my mood. Parking on the streets of Camden and walking farther to the venue was a much better alternative at this point. I ran into my brother near Campbell’s Field feeling very frustrated by how the rain had put a damper on the events. I really did not want to stay as I had a long evening of work ahead of me, laying angry in my bed next to an air-conditioner seemed far more appealing than hanging out in a humid Camden Waterfront parking lot. My brother brought me back to Earth assuring me that the greatest gift of all, the gift of music, was waiting for me inside the BB&T Pavilion.

When the festival was announced earlier this year, Gary Clark Jr. was the artist I had circled on the list. I had seen him twice but not since the release of his last album: ‘The Story of Sonny Boy Slim.’ The soul-singing bluesman happened to be performing on a Saturday night which also happens to be the night where I enjoy listening to Blues music as a way to counter all my weekly frustrations. As soon as I heard th​e distorted sounds of his guitar awaken during the intro of show opener 'Bright Lights,’ I knew my spirit would be taken to that place any true lover of live music can identify when an performer has IT. Gary Clark Jr. is one of those rare performers. By the time the third song of the evening (‘Next Door Neighbor Blues’) started I was covered in sweat. I may have been the only person getting into it in my section at that point but that was not going to deter me from giving one of my favorite younger artists the best thing I can give them while they are performing, my personal jubilation.
When it comes to the blues the first person that comes to mind is the late, legendary Stevie Ray Vaughan. Gary Clark Jr. was brought up in the same Texas blues circuit as the blues god and when you watch him perform it’s hard not to see elements of Vaughan’s skills as well as getting a little dose of Jimi Hendrix (yes...I'm comparing him to SRV and Hendrix). The one-two punch last night of ‘Ain’t Messin Round’ and ‘When My Train Pulls In’ was all I needed to officially give Gary Clark Jr.’s festival performance the coveted ‘worth the price of admission’ title. There was a point during ‘Ain’t Messin Round’ where the bluesman sat back and got lost into the groove of his wonderful band which consists of Johnny Bradley on bass, Johnny Radelat on drums, and the mysterious Zapata on rhythm guitar. As the band was carrying the upbeat tempo of ‘Ain’t Messin Round,’ the bluesman had his arms crossed with a content look on his face while soaking in the moment. When he felt the time was right, he patiently started to bring his guitar into the sound until peaking back into the chorus. It was the type of moment that makes you want to keep going back to see live shows.

By the end of the set, most of the fans knew Gary Clark Jr.’s name just like he states in the lyrics of the ‘Bright Lights’ opener. It was encouraging to see people around me slowly rise to their feet and get into it as the set progressed. I was wiped out and could hardly stand for the Alabama Shakes (a more mellow but nonetheless wonderful band that followed). As I exited the venue it seems everybody had Gary Clark Jr. on their mind. This great performance comes at a great time for him, last week he was announced to be sitting-in with Grateful Dead bassist Phil Lesh at the Lock’n Festival down in Virginia at the end of August as well as the fact he will be back in the area performing at the Borgata in Atlantic City on Friday September 2nd. I left last night’s show with not a single regret. In life we always have our problems to go back to however there’s nothing wrong with a brief musical escape every so often. Last night showed that not even a storm can damper the spirit if the music continues to play. That’s why after all these years I still treasure the live music experience. It’s like my brother (a musician himself) told me as we were walking into the venue last night, “live music is the best gift anybody can give you.” When it comes to artists as special as Gary Clark Jr. that gift is multiplied ten-fold. 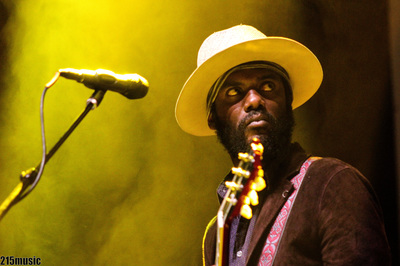 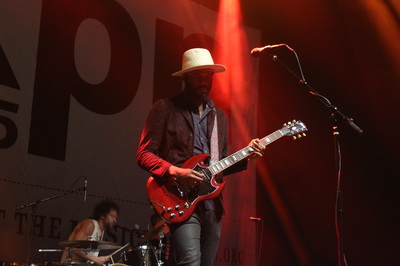 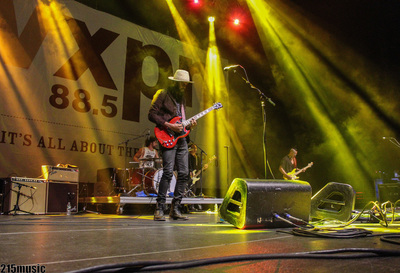 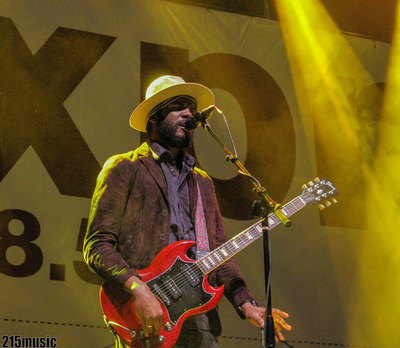 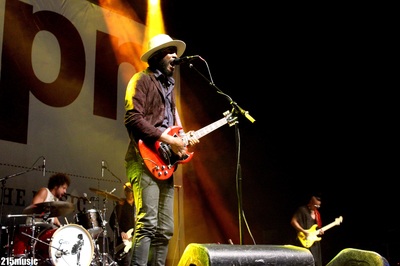 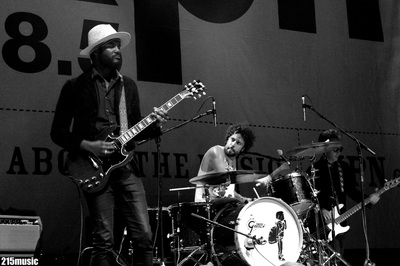