​Better Human Releases Single  'Among Thee' Ahead of Their Upcoming Album
​ 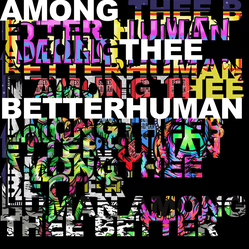 ​
Today, the band has released their latest single to the public titled 'Among Thee', a dynamic, synth-led rocker featuring Alyysa Adoni on vocals. An introspective track that covers the bases with a skillful balance of melodies, harmonies, paired-up vocals, and a soothing saxophone breakdown that divides the tune. Lyrically, we get a feeling of yearning to belong, a 'craving for collaboration', and the burning question, 'What does it take for me to become Among Thee?'. Among Thee is also a very well-mixed and dynamic track that fills up the sonic container with all the desirable elements, recorded by Philly's Sam Carlen and mastered by Dave Petit. 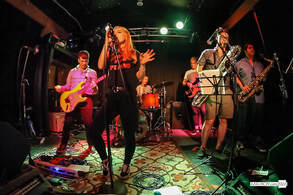 Better Human has been out performing and recently just played West Chester's Sprout Music Collective and also at The Pharmacy in Philadelphia, performs tonight in Northern Liberties at Creep Records with Houseplant and Whaler Jr. to celebrate the release of 'Among Thee'...The action gets started at 7pm. Ahead of their upcoming full album release in May, the band will be performing a special set for radio 104.5 Live at 5 on March 13, which the public can attend. Following that, they'll play the upcoming Berning Man 2, presented by Elephant Talk, a free event also featuring Dan Sheehan, Colin 'The Williams' Murphy, and Endling on March 14th at the Watering Hole Inn in Mays Landing, NJ benefiting the Bernie Sanders Presidential Campaign, followed by a performance at Manayunk's Grape Room on March 21st.
​
Better Human is:
Jesse El Wexler
Jake Taenzler
Spenser Forwood
Ravi Seenarine
Robert Rutigliano
Alyssa Adoni