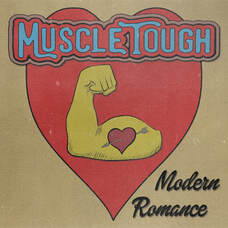 Muscle Tough announces the release of 'Modern Romance', their 4th release, a set of adventurous “future-funk-fusion” compositions which lean heavily on dance grooves and bizarre sounds, all with tongue-in-cheek titles that serve as a playful take on the world of modern dating in 2019. You can stream the album now at the bottom of this page.
​
Muscle Tough is an instrumental trio featuring Joe Baldacci on drums, Jonathan Colman on bass and Ross Bellenoit on guitar; all of whom are heavily active members of the Philadelphia music community. Baldaccispent a number of years as a member of bands like Nik Greeley and the Operators, DRGN KING and Elevator Fight, has produced/mixed/mastered for Hop Along, Out of the Beardspace, and Swift Technique, and has played drums on the opening track of Kendrick Lamar’s Untitled Unmastered record. Colman is a regular bassist for Ben Arnold and Trap Rabbit, and has also performed/collaborated with Kate Faust and Flyermile. Bellenoit has spent his years producing records for various local acts (The Sweetback Sisters, Sonja Sofya, Ginger Coyle), is a long-time collaborator of Philly songwriters such as Birdie Busch and Chris Kasper, all while continuing to pursue his solo career (now 7 records deep since 2010) as a singer/songwriter. 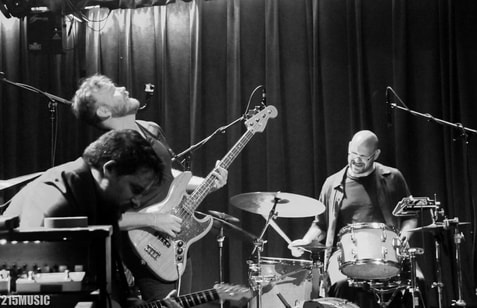 After steadily gigging at local jazz hotspot TIME since they 1st formed in 2014, the band released their first EP, Greasin’ Up The Mediocrity Wheel in the spring of 2016. A number of jam luminaries such as Jon Fishman (Phish), John Medeski (Medeski, Martin & Wood), Eli Winderman (Dopapod) and the horn section of Snarky Puppy have joined them on various stages throughout the last three years. Their first full-length record Magical Achievements was released at the end of 2017, which earned them opening slots for Lotus(at the Capitol Theater) and Matador Soul Sounds (throughout the Northeast), a set for WXPN’s “Free-at-Noon” radio broadcast in August 2018, and a feature article in JUMP Philly, where they were lovingly described as “highly skilled and hilarious”.

Modern Romance kicks off with a 90-second snippet of an apparently 20-minute-long jam that arose spontaneously while tracking at Turtle Studios in Philadelphia. Several snippets from this jam appear under the moniker “Tiers of Voyeurism” and are crackling with reckless energy and heavy grooves. The first two proper compositions, “Say Yes To The Mess” and “Down 2 Clown” invite the listener into up-tempo, Devo-meets-The Police dance grooves with increasingly disturbing psychedelic guitar textures spun out by Bellenoit. The Colman-penned “Waiting 4 Bae” offers a well-earned slow down in tempo and allows the composer to showcase what the band has dubbed “The Switch” (where the two pitch their respective instruments to opposing octaves to sound like each other, so that Colman can unleash some serious improvising, foregoing the much-maligned genre of “bass solos”). Also featured on this track are trumpeter Koofreh Ibi Umoren, trombonist Hailey Brinnel, and flautist David Fishkin, adding color and shade to the song. The final two major compositions, Baldacci’s “We Met On Chat Roulette” and Bellenoit’s “Marry Me Marsha” offer the band to a chance to really dig in and let Bellenoit showcase some virtuosic guitar playing.
Listen to Modern Romance Apple Music and on Spotify
Purchase Modern Romance on Bandcamp
​Muscle Tough will follow the release of 'Modern Romance' with a number of live dates coming up:
February 15th @ The Tap at Humbolt Beer Depot- Hazelton, PA
February 16th @ Triumph Brewery- New Hope, PA
February 23rd @ The Blue Note Jazz Club- New York, NY
February 28th @ Funk n Waffles- Syracuse, NY
March 1st @ Thunder Road- Somerville, MA
March 2nd @ Foam Brewers- Burlington, VT 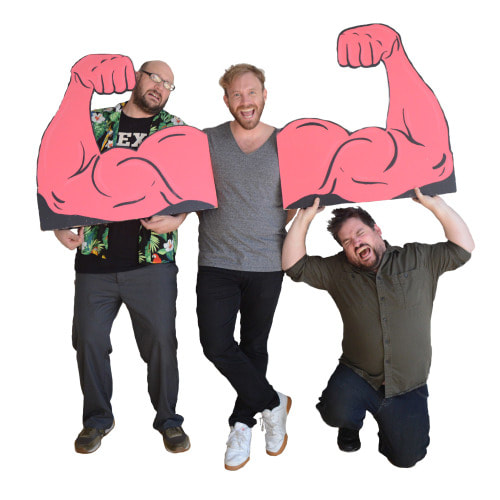