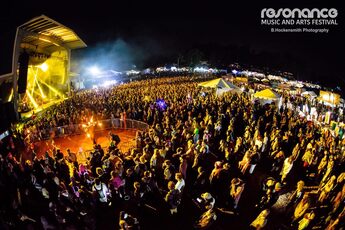 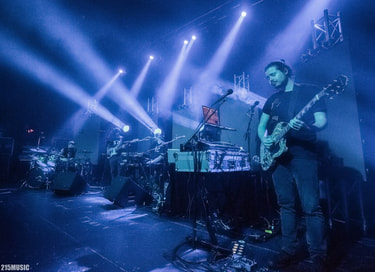 Progressive-rock and electro-synth quintet Papadosio are proudly presenting the sixth iteration of Resonance Music & Arts Festival in tandem with Mammoth Music Group and Essential Productions. Best known for their energetic live performances filled with mesmerizing instrumentation, improvisational skills, and intricate visual production, Papadosio have always had a special place for Resonance in their hearts since it's origination in their home state of Ohio in 2014. "The excitement is palpable for what will be the best Resonance festival yet!" says Anthony Thogmartin of Papadosio (guitar, synth, vocals). "We've got a whopping four sets of sound and sight for you including a bunch of new music, and even a Gorillaz tribute set! This is the one 'must not miss' Papadosio event of the year." As if that weren’t enough, fans will also be treated to two of the band’s other projects at Resonance: Brether; a collection of music by Sam Brouse (keys, vocals), and Billy Brouse (keys, vocals), and EarthCry; Anthony’s (guitar, synth, vocals) secondary musical undertaking that uses live instruments, mixing, slicing, and looping, to create unique electronic arrangements. ​
After four successful years at Legend Valley, and a successful inaugural year at Frontier Ranch prior, Resonance is moving to a new home. This year, the festival is proud to celebrate it’s sixth annual event at Coopers Lake Campgroundin Western PA right when the air begins to feel a little cooler and the leaves begin to change. "We're really excited to officially be teaming up with Papadosio this year, as well as our move to Cooper's Lake!" says festival organizer and partner at Essential Productions Casey Schneider. "Resonance is really coming into its own and I think it's proper that it received a home all to itself." The new location boasts a 500-acre site giving festival goers even more room to roam. The property also features a stunning natural landscape with fields, woods, hills, a lake, and even a castle giving attendees the perfect setting to wrap up their festival year. For more information about Coopers Lake Campground, please visit cooperslake.com.

For tickets and more information on Resonance Festival, visit http://resonancemusicfest.com 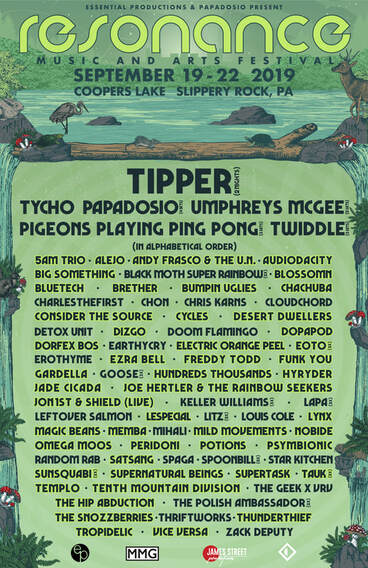