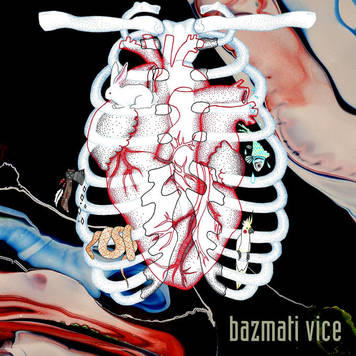 Philadelphia is cauldron bubbling with new music, young bands, and people who know that this city is great place where they can anchor-down and work on their craft, because here we appreciate and celebrate live music. One such group of young troubadours is Bazmati Vice, funk/rock quintet comprised of Clayton Brandt on lead vocals and rhythm guitar, Chris Gibson on drums, Chris Jackowski on lead guitar, John Kerber on bass, and Andrew Szczurek on keys-vocals-electric mandolin, formed in 2013. Four of the members are recent graduates from nearby Haverford College, with Chris Jackowski hailing from St. Joseph's, yet they already have their act in 2nd gear, having played several local Philly venues like Connie's Ric Rac, Ardmore Music Hall, The Grape Room, and The Fire. With each member having varied backgrounds of musical influences and tastes, their sound develops through originals work and covers performed, keeping a balance with audiences and touching on many of the genres. Bazmati Vice just released their self-titled debut at the tail-end of April at Buckeye Recording Studio, recorded and mixed by Peter Richan.

In August, Bazmati Vice is set to play Liberty Music Festival held throughout Manayunk August 17th-20th,  Bourbon & Branch on August 26th with Jak Lizard, and two dates in Boston...with more dates in September to be announced, including two shows in NYC. We had a chance to sit down for a quick chat with Bazmati Vice to find out a little more about what they're upto and where they're going.
***
215music: A little background on Bazmati Vice, can you name some artists who have inspired/influenced you collectively as a group?
Bazmati Vice: That’s a funny question because all five of us have very different musical influences. As a group, we’d have to say the Red Hot Chili Peppers just in terms of a band to compare ourselves to, but really our influences range from heavy metal and prog rock, to jam bands, jazz and classic rock. For example, Andrew is inspired by Vulfpeck and Coltrane, while Chris Jackowski grew up listening to John Mayer and Guthrie Govan. Chris Gibson brings Tool, Deftones, and Tesseract into his drumming, Clayton is bringing some Alan Stone and Anderson .Paak into his vocals while Kerber is  echoing Phish, The Grateful Dead, and Led Zeppelin. So collectively those different influences all kind of come out in our own music simultaneously because everyone is playing according to their favorite styles.

215: We have some varying size venues in the area....to date, what is the largest venue you’ve played at and how did that impact the band?
BV: We got the opportunity to perform at The Ardmore Music Hall last February, which was a really awesome experience. We managed to draw a really good crowd from our friends and fans in the area, and the equipment was really top notch. It’s amazing how much better it feels to play with a great backline, sound tech and light show. It definitely set the bar for what we’re trying to accomplish in this next year, it was a lot of fun.
​
215: How do you write your music…is it written collectively or does one person usually do most of the writing and composing/and or lyrics?
BV: It’s kind of all over the place. Clayton, Andrew and Chris Jackowski write most of the songs, but generally someone just shows up to rehearsal with some ideas for a verse, or even just a riff that we all work on as a group to develop into a complete song. Most of the songs develop over a few days as people come up with ideas piece by piece, and we kind of just whittle it down from there. Then once they’re close to being complete, we start adding things like bridges, breakdowns, and solo sections to fill them out and make them unique.

215: Philly is chock-full of local bands and musical acts, what other local bands has Bazmati Vice supported and which has been a highlight for you?
BV: We performed with Pet Cheetah at Bourbon & Branch for their EP release party last Spring. That was a great time because a ton of people came out and packed the room, and it was our first time playing there, so we really had a fun night bringing the energy there. We’re really excited to go back to B&B on August 26 for a show with the NYC group Jak Lizard.
At The Ardmore Music Hall show we opened for Space Cat and Control for Smilers, two really awesome bands who both know how to show off their abilities. We’ve been implementing some more improvisation into our music lately so it was really impressive to see those two groups create something onstage.

215: In what direction is the music of Bazmati Vice moving at this point?
BV: We think it’s getting more intricate as we’ve gotten more experience writing songs together and learning how to feed off one another. We’ve been more critical of our ideas lately because we’re really trying to keep things fresh and unique but at the same time accessible for listeners. It’s hard to identify a genre because all of our influences are so varied, we like to think that we’re kind of creating music without rigid barriers. Certain songs dip into jazz, metal, funk, and blues without really committing too hard to any of them.

215: Keeping a band together can be a struggle for many artists and bands, what has been your biggest challenge as a band?
BV: Logistics have been a serious challenge for us. All five of us not only have different musical tastes, but also different interests outside of the band. So staying organized and getting our schedules to line up is always a process that we have to stay on top of. We’re hoping now that we graduated college and have all moved in together that we’ll be able to practice almost every day and really hone our sound. We were only rehearsing 1-2 times a week up until this point, so if we can triple that rate then we hope we’ll be able to really push ourselves to new heights.

215: Do you feel that live performances hold more overall value than album work… Do you see more appreciation for the live shows and the live music scene than you do with recorded/studio work?
BV: We’re definitely focused on our live sound right now. We all love performing for a crowd, and our music definitely lends itself to that setting, because we have a lot of musical peaks, solo sections, and segues that work to form an exciting and cohesive show. We definitely are big on live shows. Looking forward to the next performance and coming up with ways to keep things fresh and exciting is where most of the fun is. Seeing the crowd’s reaction to a huge build up or a recognizable cover is one of the most rewarding and satisfying moments of the whole process.

215: You recently released the self-titled debut album…can you pick anything in particular surrounding the album that has left a lasting impression, such as the recording of a specific track, the response from fans to the album, or how certain songs have made an impact on your live sets?
BV: Releasing the album was a great experience for us. We had been playing around Haverford’s campus and out on the main line for so long with no recordings to show for it, so the album was definitely a long time coming for us and our fans of the music. Since we already had about three years of experience before starting work on the album, we had a huge bank of old and new songs to choose from. 6 of the songs came from that period, while 3 of the songs were actually written during the time between our two recording sessions, so they were kind of an added bonus to the album. We see the recordings as a way to capture and kind of immortalize what we’re trying to do. Since so much of our playing comes from feeding off of each other and shows, we decided to make the album using live tracking, so pretty much all of what’s recorded on there was performed simultaneously in the same room.

215: Bazmati Vice is performing at Liberty Music Festival coming up Aug 17-20th with multiple venues/stages – will this be your only festival of the season?
BV: We’re really looking forward to the Liberty Festival, should be a great way to reach new fans and we’ve definitely been itching to play on an outdoor stage. We weren’t able to get into any other festivals this summer since we’re taking the month of July off to settle into our new house, but we have been lucky enough to book up the months of August and September. We’re playing at The Grape Room, Bourbon & Branch, and have some others in the works. We’re also experimenting with touring, and we’ve booked a trip to Boston for two shows and then a road trip in September to New York City to play at Piano’s and The Bitter End.

215: Lastly, where do you see (or would like to see) BV in 3yrs, 5?
BV: 3 years -  Madison Square Garden. 5 years - Dancing With The Stars.
Bazmati Vice  Facebook page: https://www.facebook.com/bazma tivice/ 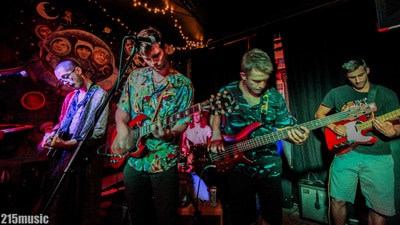 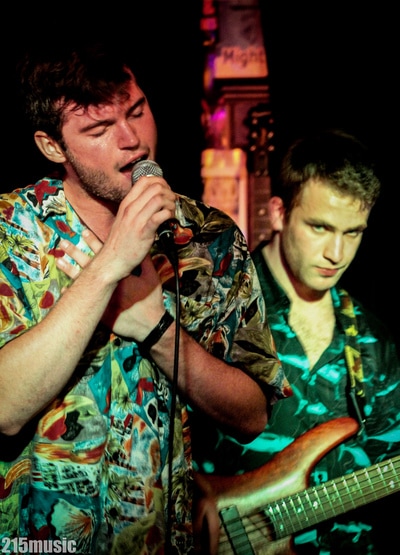 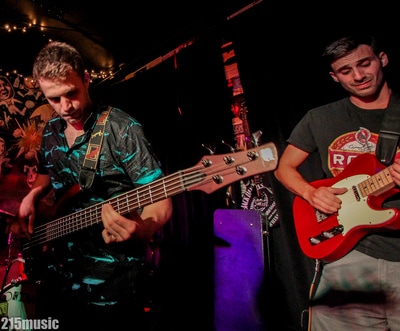 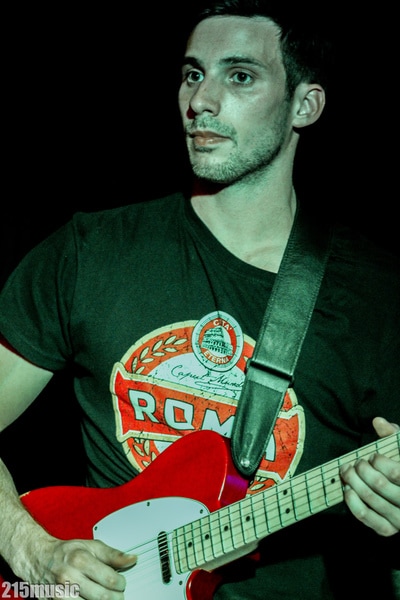 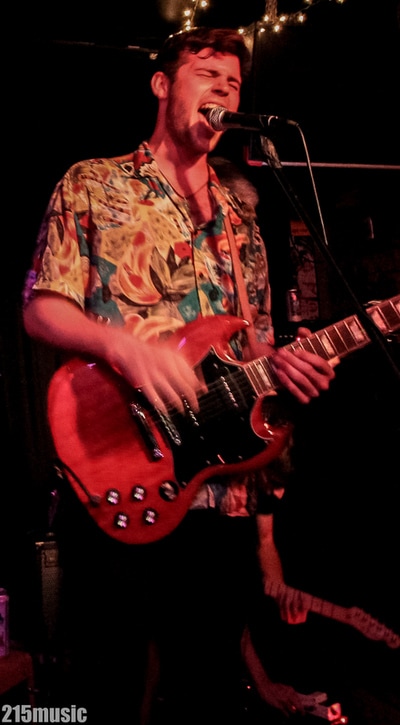 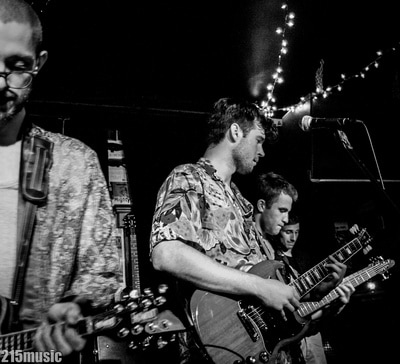 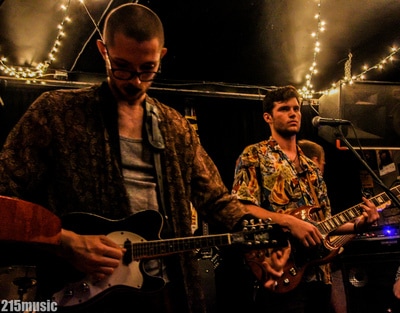 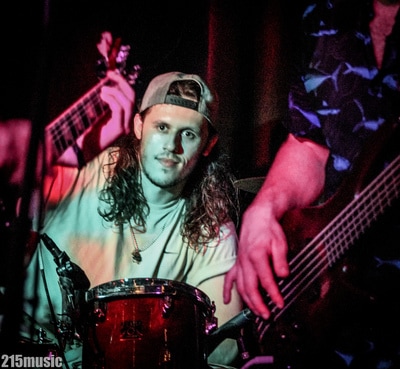 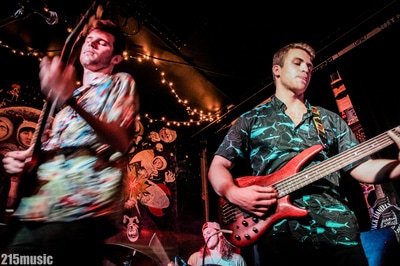 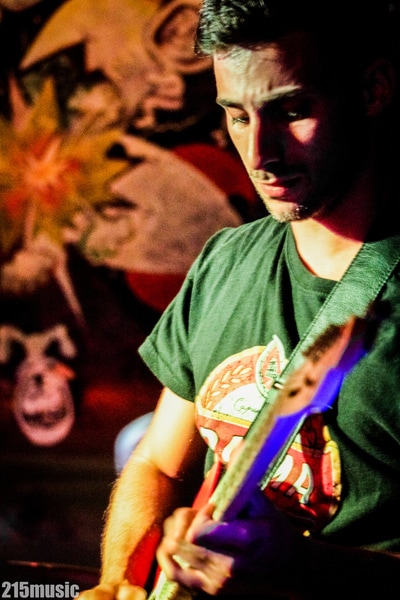 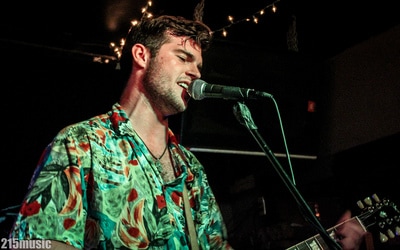 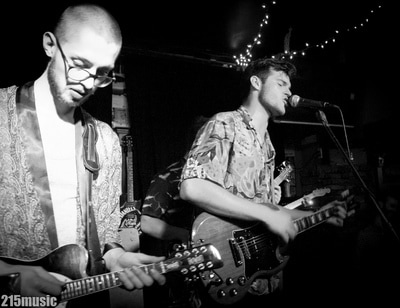 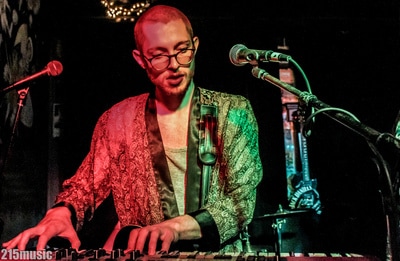 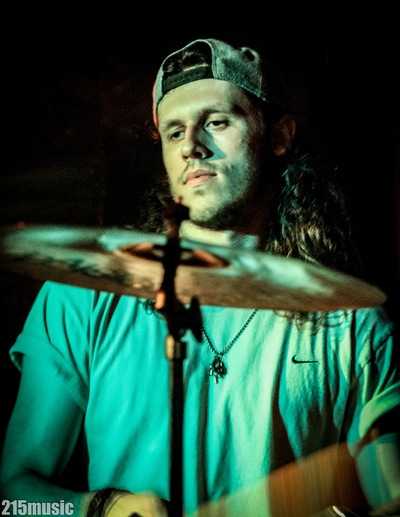 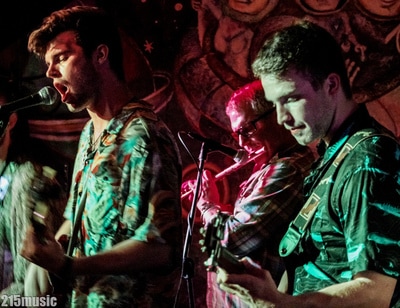