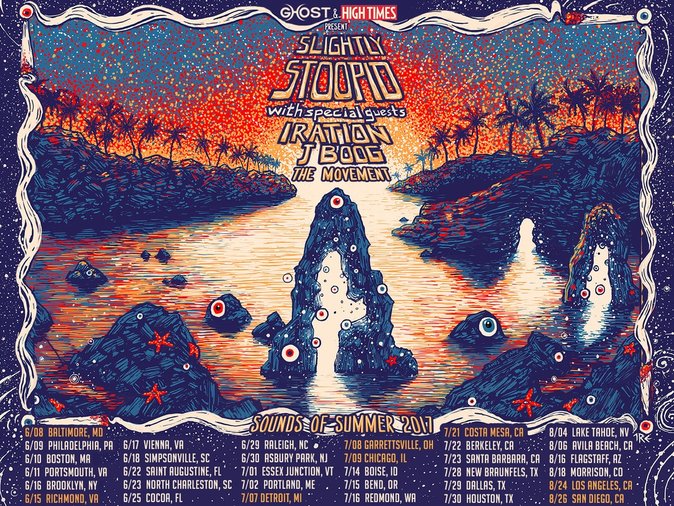 The sessions for Meanwhile… Back at the Lab began in late 2013, shortly following the band’s seventh studio release Top Of The World. The forthcoming album was recorded at the band’s studio, as well as at Platinum Sound, NYC; Rivas Studios, L.A.; Mixdown Town LBC, Long Beach, CA; and was self-­‐produced by the band along with The Lab’s in-­‐house audio engineering maestro James Wisner with the help of Jerry Wonda (The Fugees, Wyclef Jean) engineered an impromptu late night/early morning session at Platinum Sound, yielding the collaborative “Come Around.” Back home, Kyle and Miles also called on their long-­‐time friends and Southern California music icons, Michael “Miguel” Happoldt and Marshall “Ras MG” Goodman, to produce standout tracks “Life Rolls On” and “The Prophet.”

With a second leg of recently announced tour dates leading them through August, it's apparent the band is still going strong and flourishing in the live music scene. They'll kick the tour off on June 8th in Baltimore, hitting Philadelphia's Festival Pier on the 9th, Boston on the 10th, Portsmouth, Va on the 11th, and a slew of other dates after a four-day break. Check out the rest of the dates below.