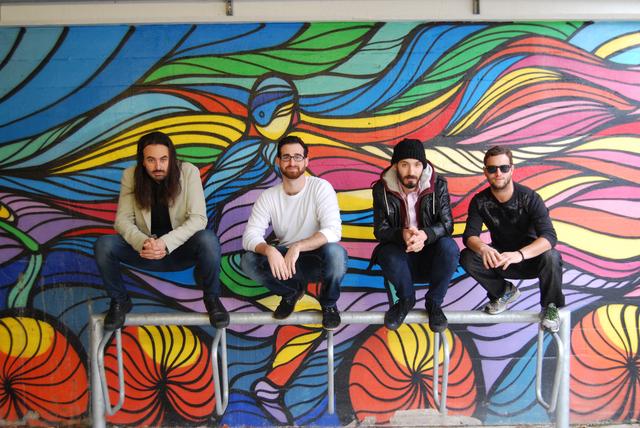 MARBIN is a progressive jazz-rock band based out of Chicago with a unique story that stands out in today's music world. With a do-it-yourself approach, Marbin started touring extensively in 2011, bringing their original instrumental music to every part of the United States, they recently visited Philly at Milkboy on 4/25. Through word of mouth, Marbin has gained tens of thousands of devoted fans all over the world, and has sold tens of thousands of albums. Marbin has released six albums: Marbin(2009), Breaking the Cycle (2011), Last Chapter of Dreaming (2013), The Third Set (2014), Aggressive Hippies (2015), and Goatman and the House of the Dead (2016).  Performing most of the year, Marbin regularly plays in clubs and venues all over the US and at jam and jazz festivals around the world, totaling around 250 shows per year, this quartet is non-stop! 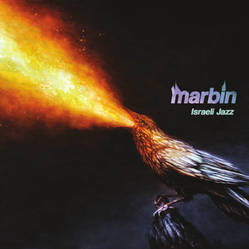 ​Recently released in mid-March, Marbin's latest album, their seventh, is titled 'Israeli Jazz' and is a mighty display of talent and musical prowess. Guitarist Dani Marbin and saxophonist Danny Markovitch create an inter-play that fills the air with the harmonic tones. The 7-track album showcases the band's adept skill with quick and precise changes and stimulating measure, common to progressive jazz, but with a rock flair while capturing the indigenous music of their Israeli roots. All the tracks on 'Israeli Jazz' flourish with the sound of clarinet or saxophone of Markovitch, who also doubles at the band's managerial head. Scaling the frets of the 6-string, Dani Rabin proves to be a master at his craft with adept speed and skill on the guitar, with real rockin' riffs in tunes like Moscow Mule, Swamp House and in the final and title track, Israeli Jazz, rifling through arpeggios and precise notes, Rabin is sure to grab your ear as a trained musician. As the drummer, Blake Jiracek effortlessly keeps a balance to Marbin and also proves to be a solid player behind the kit, Arkansas Jumper is a great example of how adaptable Jiracek can be. If you aren't familiar with progressive jazz, it indeed can be very difficult to play! Bassist Jon Nadel keeps a rich and warm forward flow in each track on Israeli Jazz and we hear some really fun licks from Nadel in Arkansas Jumper with more fast fingers in the tune Pirate Punch, which is a prime display of how progressive their compositions can be. This a fun, exploratory album with fresh sounds you can listen to or purchase Israeli Jazz below.

Marbin is set to appear at this year's 2018 Disc Jam Music Festival June 7-10 in Stephentown, NY and 215music will be there on site to capture the action. Tickets for Disc Jam Music Festival are still available but going fast, you can purchase them here:
https://www.discjammusicfestival.com
Listen/Buy/Share Israeli Jazz by Marbin
Links:
marbinmusic.com
facebook.com/marbinmusic
​Tour Schedule: marbinmusic.com/shows