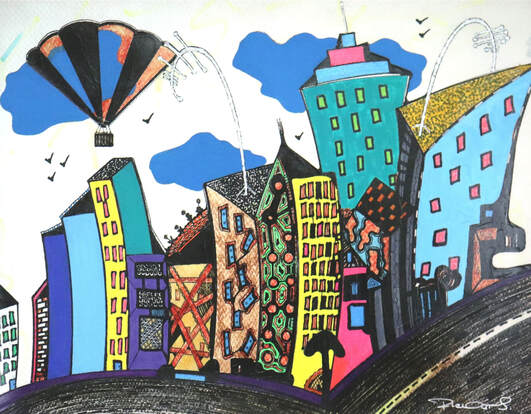 Beginning September 1, Wentworth Galleries will showcase, and offer for sale, a unique collection of art from the late creator Ric Ocasek. In addition to being a visual artist Ocasek, who passed away on September 15, 2019, was best known as the singer, rhythm guitarist, songwriter and frontman for one of the most successful and beloved New Wave bands - The Cars.

Ocasek had a diverse and expansive musical vocabulary - when not working with his band, he produced other musicians from punk pioneers Bad Brains, rock band No Doubt, NYC’s power-pop trio Nada Surf, Irish rockers Black 47 as well as several multi-platinum albums for Weezer. As with his music, creating visual elements came naturally to Ocasek: “Art is a way to release tension and to organize my thoughts. It’s something I do while pondering an outcome. The drawings start with a shape and explode from there.”Some of his inspiration came from his close friend and pop art icon, Andy Warhol.  Warhol created portraits of Ocasek and directed The Cars video for “Hello Again.”  Ocasek loved Warhol’s works and, in his words, “his stuff I loved not only because it looked amazing, but it was different than everyone else’s and had an idea behind it.”

Ocasek enjoyed many different aspects of art, but was particularly attracted to pop art, and had a deep passion for taking photographs. Like the music he created with The Cars, Ocasek’s drawings were unabashedly pop—and yet unlike his music’s super sleek veneer, these works are a bit rawer and more unedited, revealing meditative moments of a Zen-like drawing practice. Ocasek’s spontaneous, rhythmic mark-making is completely musical and explores repetition and patterns with psychedelic colors and sinuous lines. 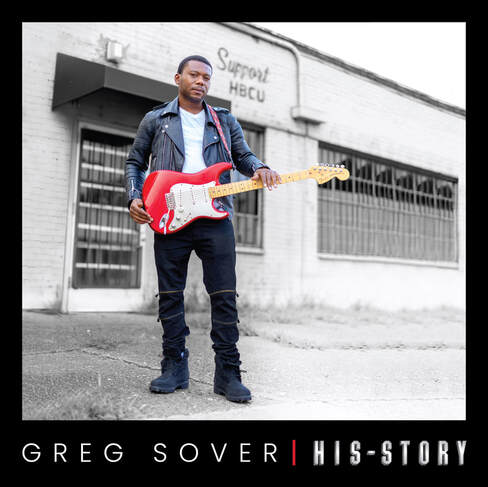 Wentworth Gallery is honored to exclusively carry his collection of vibrant and eclectic works.  Ric was initially reserved about showcasing his art but Christian O’Mahony, President of Wentworth Gallery, convinced him to enlighten the world and showcase his talent. “When I saw Ric’s art for the first time, I was struck with the emotion it captured,” explains Christian. “You can sense a part of Ric in the art. It really gives a snapshot into the mind of an artistic genius. I am honored to showcase and sell his art in my galleries.”

Before his sad and untimely passing, he was to be honored at the distinguished Butler Institute of American Art Museum.
​ 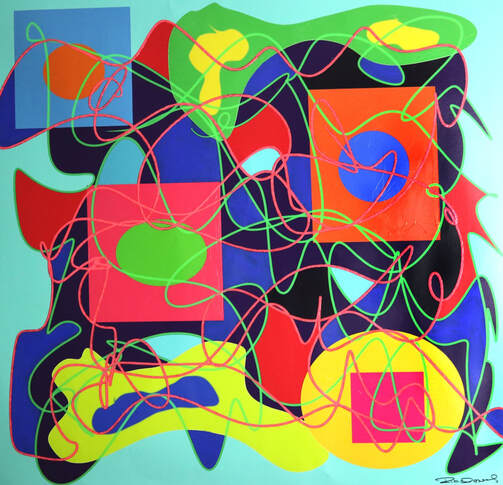